So how to write four months worth of ‘stuff’ in one blog….

……I must confess to being quite bad at regular writing.  I blame Le Cordon Bleu.  It literally took over my life!  An amazing roller coaster of a journey which I cannot wait to repeat.  So here goes……the condensed version of four months worth of ‘stuff’

…….I was really heartbroken to leave.  Whilst I compared it to a boot camp at the beginning, I just loved that boot camp.  I cannot believe the amount I have learnt in just four months.  Literally from vegetable cuts to filet de truite a l’etuvee, laitue braisee et sauce hollandaise which translates into stewed trout fillet with braised lettuce and hollandaise sauce.  This was one of my exam pieces.  We had three dishes on exam day that we needed to learn inside out and back to front. All from memory, quantities included.  We had no idea until the morning which of the three it would be nor any recipe to follow.  Honestly, it was like being back at school.  The main gossip was about which dish would be in the exam.  ‘Heard there’s a trout shortage’ said one girl, ruling out the trout dish.  ‘chicken is much more economical to cook as a big group’ said another.  Good point,  ‘sole is really expensive’ piped up another. Mmmmmm…..all very good points which resulted in weeks of deep discussions.  ‘Have you practised much?’ ‘Have you revised?’ I’d not revised since I was 16 & even then it was probably a lie.  Fast forward to exam day.  My family and I were sick of sole, trout & the chicken mousse dish.  I prayed to Prince the night before (jokes) asking for the sole dish as I found it the easiest, prayed it was NOT the chicken & guess what?  It was the chicken 🙁  sad times.  Anyway, I did it.  Combined with the written exam, I passed!  Please see below for said evidence. 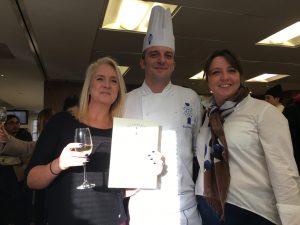 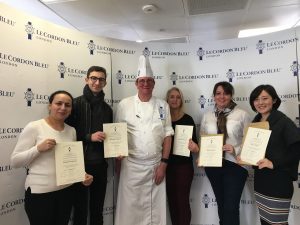 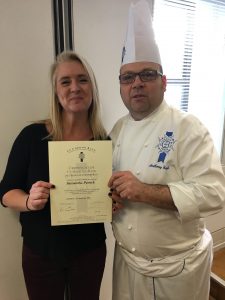 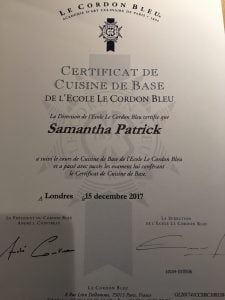 A lot of my classmates have returned this January to do intermediate.  They’ve reported back to me it is really hard!  I most certainly shall return!  One of my lovely classmates opened her new restaurant in December.  I am so proud of her.  She worked so hard.  Doing the course with three children and maintaining a part-time job, whilst building a restaurant at the same time.  I visited her on her opening night.  La Casa Veche in Catford.  www.lacasaveche.com

I did a trial night……

………..for 14 people.  Some I barely knew which is what I wanted really as I wanted honest feedback.  Five courses, which amounted to 70 plates of food with canapés and petit fours.  Given the empty plates and great feed back, it was a success and I proved to myself that I could do it!  And what’s more, I thoroughly enjoyed it, which is the important part.  I have to give credit to my amazing Husband, who as front of house, did a great job.  He truly has a way with people whereas I feel like I’m a more behind the scenes kind of person.  Also credit to my lovely Daughter whose extra pair of hands proved vital.  Couldn’t have done it without them.  We fell into bed around 2am exhausted but really happy.

Before I fast forward to my opening night….

Christmas hols…… lovely to have everyone off school/work/uni and at home.  We probably ate around ten tins of Quality Street before the big day with me topping them up almost weekly, like a staple part of our diet 🙁  Regretting it now but nothing a run can’t sort.  I think we visited and spent time with just about everyone special to us.  A big pre-christmas gathering with the Patricks & co.  Eleven for Christmas breakfast (I poached around 25 eggs) 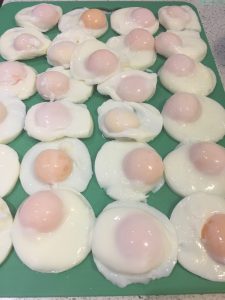 in advance for the guests.  Christmas lunch for eleven, which John mainly cooked.  New Year in Blackpool with my Aunt.  Basically we just ate, lounged and watched films,  It was perfect!  Somewhere in between was my birthday of which, yes you guessed it, we ate more.  Dinner at Chapter One.  My absolute favourite place to eat.  I’ve never had a bad meal there.  The food and service are sublime.  Best of all I’ve an upcoming trip to Minneapolis as a birthday gift from John.  I know I am so lucky!!!  It will be a bitter sweet trip but we’re ending it in Washington with friends so it will end on a high.

Of course I’ve done a million things in between.  Mainly normal life things and mainly running off the Christmas excess.  Valentines at Chapter One.  I can’t stay away! I’ve also been trying out lots of new dishes and lots of canapés!  I seem to have a crush on canapés at the moment.  I just love creating small food.  Perhaps it will pass, perhaps I’ll start making canapés on the side….who knows!  Good to keep my options open.  Lots of travel plans made for 2018 too.  Hopefully it’s going to be an exciting and fulfilling year. 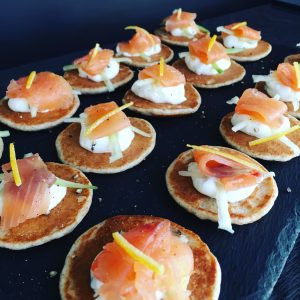 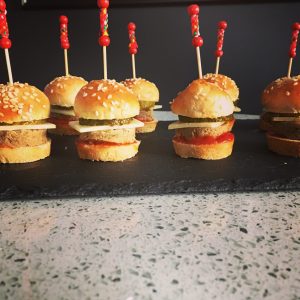 …….wow spectacular.  I had 16 guests so I was fully booked.  I still can’t get my head around the fact that people go on my website and book a seat.  All of my guests that night had an amazing time and they were all really nice. Considering not everyone knew everyone, I listened intrepidly at the dining room door but all I could hear was continuous laughter, which is an excellent sign.  I’m still quite blown away by the response.  It’s been slow in building, as expected really BUT I’ve had so much interest, so much feed back and positive comments.  I’ve gone from zero to almost 200 FB likes and 36 Instagram followers.  Ok so I’m not in the league of Beyonce just yet but neither is Beyonce in my league!!!!  I bet she can’t even fry an egg and has a chef to pour her cereal…..just guessing.  Here are some of my opening night food pics courtesy of Yasmin. 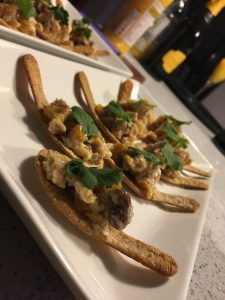 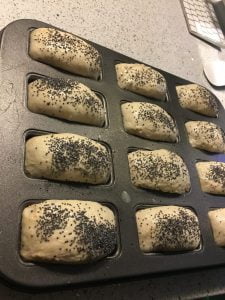 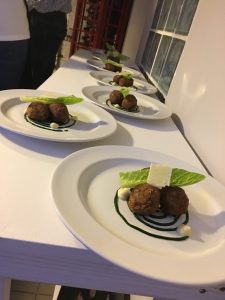 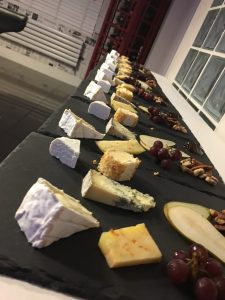 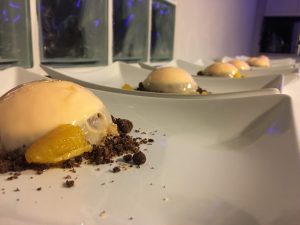 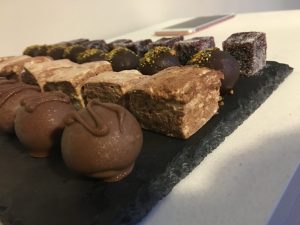